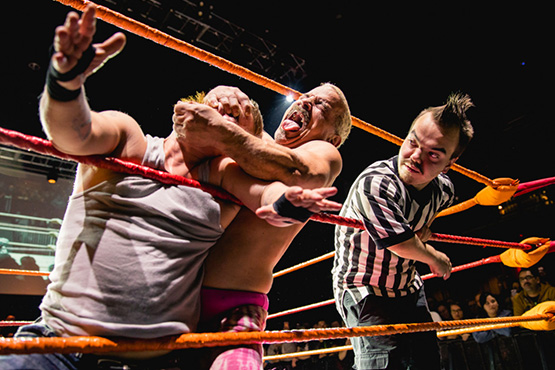 Dwarfanators is entertaining audiences over the decades. In fact, Dwarf Wrestling has its origin in the vaudeville shows of the United States. The comedy was as important as athletics in these shows.

These dwarf professional wrestlers use many tricks in order to entice both the audiences and revenue. This wrestling continues to be popular into the 1980s with foreign boxers coming to the United States to compete.

Furthermore, the World Wrestling Federation feature numerous dwarf boxers on their card in the 1980s. Short-statured competitors continue to feature in today’s world of sports entertainment. These little people professional wrestling start declining in the United States in the early 1990s.

Dwarf wrestlers start to show up in other comedic roles. However, in the late 1990s, the WWF starts an aptitude sharing program that allows numerous Lucha libre tiny wrestlers to compete on WWF television.

Along with such a long history of little people wrestling, there are a lot of entertaining performers. The dwarf professional wrestling show will bring all these wrestlers and hence is exciting. Of course, these wrestlers are small in size. However, when they are about to fight, they sure have the dare to beat any proficient tall size wrestler anytime and anyplace. Learn All About Dwarfanators Wrestling

Also, they know how to be in the middle of the stage in order to entertain the audience. These wrestling combatants not only entertain by doing a few comic acts. But they have specific training to be perfect in their game. They show no sympathy when they are inside the ring fronting the competitor.

WWE Dwarf Wrestler often balance high doses of comedy along with competitive matches. Actually, some of the wrestlers use high flying Lucha libre style whereas others love to be the part of comedy skits.

Extreme Dwarfanators Wrestling show brings all the dwarf wrestlers at one place. In fact, at this show, you can find all the skilful tiny wrestlers who wrestle to win the heart of those individuals who thought small people are only meant for comedy circus.

The dwarf wrestlers are the soul of Extreme Dwarfanators Wrestling live show. This is one of the best shows if you are looking for some fun. The future show will be jam-packed with entertainment. The wrestlers such as Hawk, Bad Bay Dual Arms, Little Bastard, Nasty Bowa and others can be the part of the upcoming shows.

You can also join the fan club of Dwarf Wrestling show in order to get updates and chances to win tickets, posters, passes, T-shirts and more. The team of Dwarfanators will be waiting at Extreme Dwarfanators Wrestling show. In order to experience the action-packed wrestling of half size wrestlers, book your ticket right now.